Summary of the dispute to date

The summary below was up-to-date at

Complaint by Antigua and Barbuda.

On 21 March 2003, Antigua and Barbuda requested consultations with the US regarding measures applied by central, regional and local authorities in the US which affect the cross-border supply of gambling and betting services. Antigua and Barbuda considered that the cumulative impact of the US measures is to prevent the supply of gambling and betting services from another WTO Member to the United States on a cross-border basis.

According to Antigua and Barbuda, the measures at issue may be inconsistent with the US obligations under the GATS, and in particular Articles II, VI, VIII, XI, XVI and XVII thereof, and the US Schedule of Specific Commitments annexed to the GATS.

On 15 August 2003, Antigua and Barbuda requested the Director-General to compose the panel. On 25 August 2003, the Director-General composed the panel. On 29 January 2004, the Chairman of the Panel informed the DSB that it would not be possible for the Panel to complete its work in six months because various factors had had an impact on the Panel’s timetable, such as a party’s request for preliminary rulings, the intervention of the holiday season, the heavy agenda of the panelists as well as the complexity of the legal and factual questions which had been raised. The Panel hoped to complete its work by the end of April 2004.

On 10 November 2004, the report of the Panel was circulated to Members. The Panel found that: 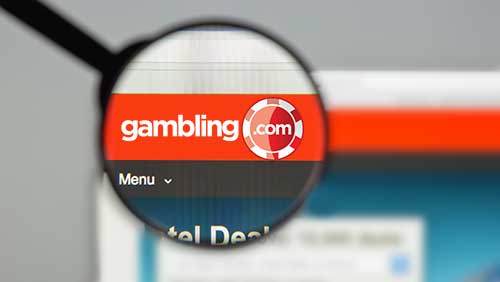 On 8 March 2005, the Chairman of the Appellate Body informed the DSB that the Appellate Body would not be able to circulate its Report within the 60-day period due to the time required for completion and translation of the Report, and that it estimated it would be circulated to WTO Members no later than 7 April 2005.

At the DSB meeting of 19 May 2005, the United States stated its intention to implement the DSB’s recommendations and indicated that it would need a reasonable period of time to do so. As the Antigua and Barbuda and the United States had failed to agree on a reasonable time of period for implementation in accordance with Article 21.3(b) of the DSU, on 6 June 2005, Antigua and Barbuda requested that the reasonable period of time be determined through binding arbitration pursuant to Article 21.3(c) of the DSU. On 30 June 2005, pursuant to the request from Antigua and Barbuda, the Director-General appointed Dr Claus-Dieter Ehlermann to act as arbitrator under Article 21.3(c) of the DSU. On 19 August 2005, the Arbitrator circulated his Award to the Members, determining that the reasonable period of time for implementation was 11 months and 2 weeks from 20 April 2005, expiring on 3 April 2006.

On 24 May 2006, the parties informed the DSB that, given the disagreement as to the existence or consistency of measures taken by the United States to comply with the recommendations and rulings of the DSB, they had agreed on certain procedures under Articles 21 and 22 of the DSU. On 8 June 2006, Antigua and Barbuda requested consultations under Article 21.5 of the DSU. On 6 July 2006, Antigua and Barbuda requested the establishment of an Article 21.5 panel. At its meeting on 19 July 2006, the DSB referred the matter to the original panel, if possible. China, the European Communities and Japan reserved their third party rights. On 16 August 2006, the Panel was composed.

On 20 December 2006, the Chairman of the Panel informed the DSB that due to the parties' schedulng constraints as well as the time required for the completion and translation of the report into French and Spanish, the Panel would not be able to issue its report within the 90-day period foreseen in Article 21.5 of the DSU. The Panel expects to circulate its report to Members by the end of March 2007.

On 30 March 2007, the Article 21.5 panel report was circulated to Members. The Panel concluded that the United States had failed to comply with the recommendations and rulings of the DSB.

Proceedings under Article 22 of the DSU (remedies)

On 21 June 2007, Antigua and Barbuda requested authorization from the DSB, pursuant to Article 22.2 of the DSU, to suspend the application to the United States of concessions and related obligations of Antigua and Barbuda under the GATS and the TRIPS Agreement. On 23 July 2007, the United States (i) objected to the level of suspension of concessions and obligations proposed by Antigua and Barbuda and (ii) claimed that Antigua and Barbuda's proposal does not follow the principles and procedures set forth in Article 22.3 of the DSU. At its meeting on 24 July 2007, the DSB agreed that the matter had been referred to arbitration as required under Article 22.6 of the DSU. On 21 December 2007, the decision by the Arbitrator was circulated to Members. The Arbitrator determined that the annual level of nullification or impairments of benefits accruing to Antigua is US$21 million and that Antigua may request authorization from the DSB to suspend obligations under the TRIPS Agreement at a level not exceeding US$21 million annually.

At the DSB meeting on 28 January 2013, Antigua and Barbuda requested the DSB to authorize the suspension of concessions and obligations to the United States in respect of intellectual property rights. Pursuant to the request by Antigua and Barbuda under Article 22.7 of the DSU, the DSB agreed to grant authorization to suspend the application to the United States of concessions or other obligations consistent with the Decision by the Arbitrator.